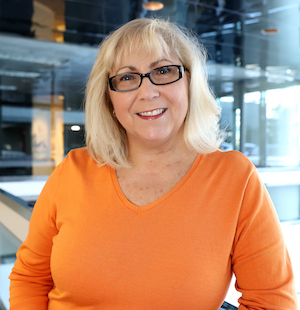 Cyndi Ryan, M.A. ED. PSYCH, M.S., LPC, NCC, is a Licensed Professional Counselor at Heritage Counseling & Consulting. Cyndi’s first career was in the field of public education for more than 20 years. She has also been a volunteer with the USO and CASA (court appointed special advocate). Cyndi worked with children in the foster care system and advocated on their behalf in court. Cyndi had always planned to pursue a career in psychotherapy after working in public education, particularly counseling children and adolescents. That dream became a reality when she graduated from Southern Methodist University.

She received her Bachelor of Science degree in education with a major in special education from Wheelock College in Boston, Massachusetts. Cyndi continued her higher education at Loyola Marymount University in Los Angeles, California. She earned her Master of Science in Educational Psychology and membership to the graduate honor society Kappa Delta Pi. She also earned multiple teaching credentials as well as a credential in Administrative Services which allowed her to serve as a school principal in elementary and middle schools after having been both a general and special education teacher. Cyndi then transitioned from a campus based career to an administrative position in the Los Angeles County Office of Education, where she worked as the Coordinator in Charge of all special education services for infants and toddlers from birth to three years.

Upon relocating to Dallas, Texas Cyndi began to pursue her original passion; counseling with a specialization in children and adolescents. Cyndi completed her Master of Arts degree in Counseling from Southern Methodist University and has been working with patients and clients in outpatient group therapy and individual therapy. While attending SMU her practicum experience allowed her to work with individuals across the life span from 3 year olds to senior citizens and families using a systems approach. Additionally, Cyndi worked with clients on the Autism spectrum. She provided individual counseling for this population and co-led groups for young men on the spectrum, with an emphasis on social skills teaching and skills needed to be successful in a work environment. Under the auspices of one of her professors she taught Group Therapy to SMU graduate students for one semester. Cyndi’s graduate internship experience was with an outpatient hospital where she worked with children and adolescents in a group setting in both a partial hospitalization program and an intensive ouptatient program. In this setting, she also provided family and individual sessions, as well as crisis counseling as the need arose.

Cyndi’s interests outside of the office include spending as much time as possible with her grand children and children. Cyndi and her husband enjoy local theater, traveling and weekends spent reading.

“It is easier to build strong children than to repair broken men.” - Frederick Douglass