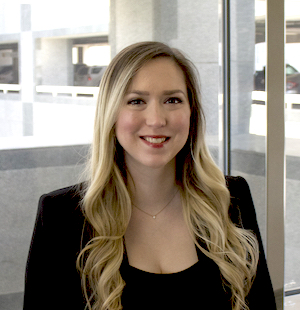 Madeline is originally from New Orleans, LA but grew up in Beaumont, TX where she completed her B.S. in Psychology and minor in Social Work at Lamar University. She joined the Delta Beta chapter of Alpha Delta Pi sorority and served in multiple Executive Board positions, including Chapter President. After graduation, Madeline moved to the Dallas-Fort Worth area to work on her MSW at UT-Arlington, concentrating on Mental Health and Substance Abuse. During her studies at UT-A, Madeline interned for a pregnancy and postpartum intervention program to educate and provide assistance to new mothers from low income households in the DFW area, with the goal of intervening in opioid use during pregnancy and preventing neonatal abstinence syndrome. Madeline also taught CPS mandated parenting classes to mothers struggling with substance abuse and striving for reunification with their children. Her operational role at Heritage allows her to be part of innovative evidence-based therapeutic practices in the mental health field. Madeline is excited to be working in an environment centered on helping people in need, which is her passion in life.

Madeline is an only child and is close with her family, despite the distance. In her free time, she enjoys practicing Krav Maga and spending time exploring the city.

“You do not just wake up and become the butterfly- growth is a process.” -Rupi Kaur