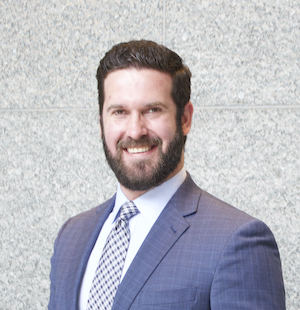 Growing up in HPPC, where his grandfather resided as the Senior Pastor for 25 years, John grew his desire to help others through trips to Mexico, Jamaica, and Romania. His father instilled a firm interest in local sports teams while working in DFW radio for 20 years. Going to sporting events from a young age, John developed a competitive spirit that only follows the joy and heartbreak of being a DFW sports fan. While football has always been John’s favorite sport, if you catch him outside of work, he’s usually wearing a stars or rangers cap.

The passion for music began early in church choir and was continued as John sang through his high school years, performing in places like Chicago, Atlanta, St Louis, Washington DC, San Francisco, and Los Angeles. He spent his college years at Purdue University, and as a member of the Purdue Varsity Glee Club, John was again able to further his travels to share his joy of music to the Iowa Capitol Building, Neyland Stadium in Tennessee, Bankers Life Fieldhouse, Miami, New York, and even South Africa.

John’s extensive travels have shown him many cuisines, and joining Heritage after his position as AGM of Katy Trail Ice House Outpost, it’s safe to say that John has a passion for food. The art form in which a sear and sizzle can bring out the deepest of flavors from a prime cut of beef, how a dish with the right amount of texture and diversity can light a firework in your mouth, and how even the simplest of ingredients with the right amount of care and craft can create a complex plate that can leave a lasting impression on people are all reasons why John spent seven years in the Food and Beverage industry. The food and the people.

John and his wife spend time at home loving on their daughter, Myers and son, Tripp. If they’re not out enjoying the sun and some good food on a patio, they’re at home with their two dogs, Ellie and Ted. If John has his wife’s permission, you can find him hacking up the local golf course.

“That’s why they make chocolate and vanilla. Just because your favorite isn’t someone else’s favorite doesn’t mean that they’re wrong. Open your mind to understand other people’s perspectives.” - Anonymous