How does Neurofeedback work for ADHD? 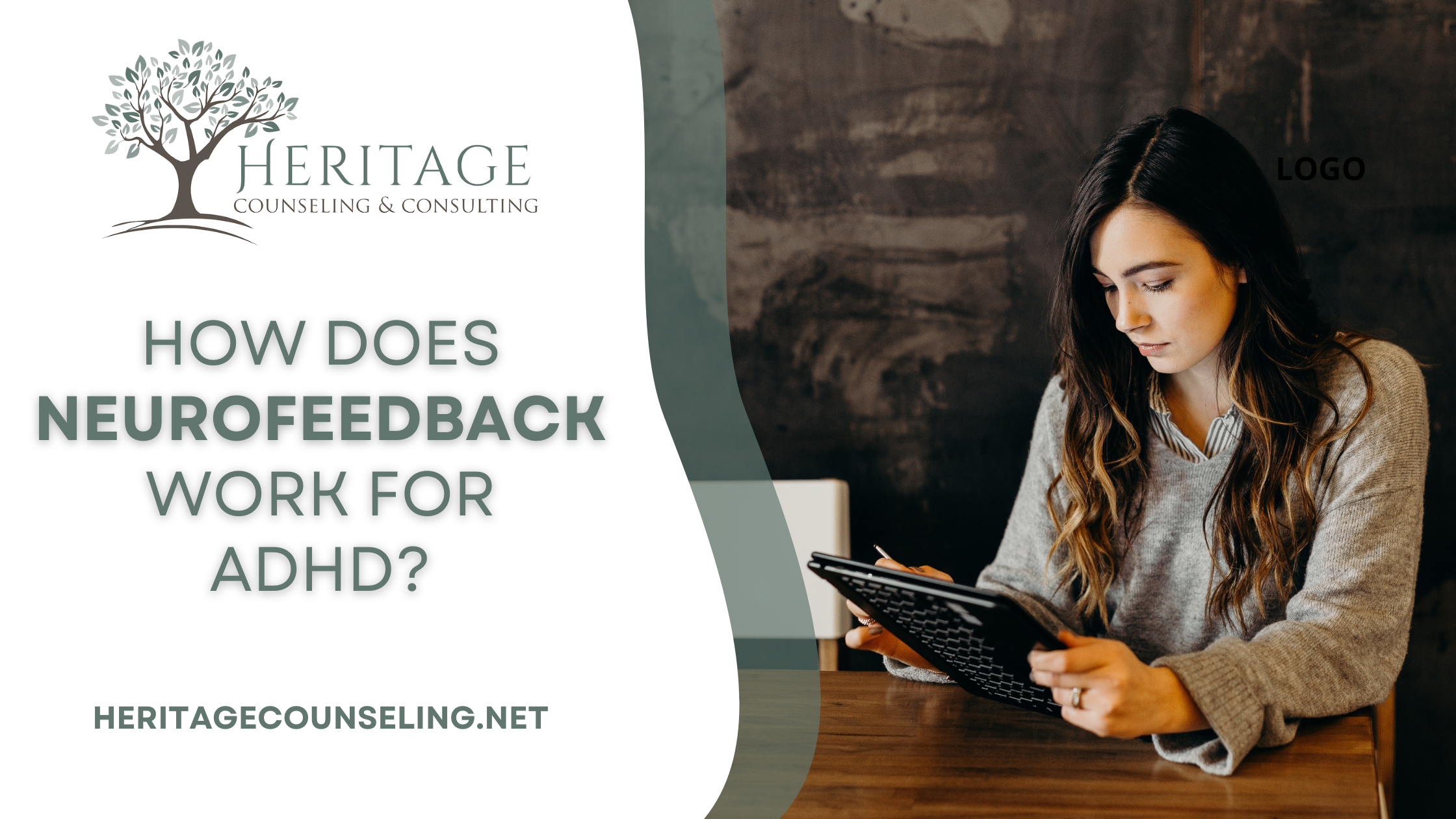 About 60 years ago, scientists discovered the amazing lifelong capacity of our brain to grow and change. Our brains were designed to learn and master new challenges. Neurofeedback therapy challenges the brain to greater efficiency and effectiveness.

Neurofeedback provides information to the trainee about the brain’s rhythms and functioning in real-time. As it happens, it instantly relays information (feedback) about minute changes — informing the individual by sounds, graphics, or even vibration. The brain seeks more of that stimulation and gradually changes its activity, providing the opportunity for change and growth. Neurofeedback therapy promotes efficiency in using the brain’s energy resources and promotes self-awareness.

During a neurofeedback therapy session, sensors are attached to specific locations of the scalp. The trainee can choose to either watch a TV show during the session or play a video game designed for neurofeedback therapy. Then, instruments detect and provide feedback (timely information about the brain’s electrical fluctuations) to the trainee through the chosen media of the trainee. The goal of neurofeedback is a self-regulation skill because the trainee is empowered to regulate their own specific cerebral functions.

Attention-deficit/hyperactivity disorder (ADHD) is one of the most common mental disorders affecting children and is a persistent problem that may change with development from preschool through adulthood (CDC, 2022). Symptoms of ADHD include inattention (not being able to keep focus), hyperactivity (excess movement that is not fitting to the setting), and impulsivity (hasty acts that occur at the moment without thought). It interferes with many areas of normal development and functioning in a child’s life, and if untreated, it predisposes the child to psychiatric and social pathology in later life (CDC, 2022).

Adult attention deficit hyperactivity disorder is a neurological disorder that affects an estimated 4.4 percent of U.S. adults and is more commonly diagnosed in men (5.4%) than in women (3.2%) (NIMH, 2022). ADHD in adults is characterized by a persistent pattern of inattention, hyperactivity, and/or impulsivity that interferes with and impacts work, home life, and relationships - especially if left untreated.

ADHD was historically considered a childhood condition, but it is now recognized as a lifelong condition that persists well into adulthood. The persistence rate, however, varies ranging from 6% to 30% and perhaps even higher. Individuals with ADHD may receive a diagnosis in childhood or well into adulthood. Trends show a rise in rates of ADHD diagnoses among U.S. adults in the last decade.

How can Neurofeedback help ADHD?

Heritage NFB utilizes qEEG brain mapping for treatment planning and protocol development. Neurofeedback training references EEG data from an empirically validated database. The report received from the database is then used to create individualized training protocols. With qEEG brain mapping, we can determine under or over-activated brain regions or potentially atypical functional connectivity.

Neurofeedback training consists of protocols to inhibit cortical slowing and reward higher frequencies in hypoarounsed patients, with the goal of normalizing brain activity in regions thought to be responsible for attention and behavioral control.

The modern Neurofeedback system consists of a set of EEG sensors and a signal transducer /amplifier, connected to a computer or computers with software capable of analyzing the EEG signals, performing various transformations, displaying relevant signals to the patient, and providing rewards or inhibiting in the form of visual and/or audio feedback. The patient learns to enhance desirable EEG frequencies and suppress undesirable frequencies.

A typical course of Neurofeedback therapy involves at least 20-40 half-hour sessions, administered over a 10 to 20-week period. Although rates of progress vary from patient to patient, a significant benefit is often observed within the first few weeks of therapy (5~10 sessions).

Other treatments for ADHD

According to current guidelines, psychostimulants (amphetamines and methylphenidate) are the most common pharmacological treatments for the management of ADHD (Briars & Todd, 2016)

Many children and families can alternate between various medication options depending on the efficacy of treatment and tolerability of the medication. The goal of treatment is to improve symptoms to restore functioning at home and at school.

However, ADHD medication could have serious side effects including:

Recent studies found that optimal versions of the commonly reimbursed treatments for ADHD, including stimulant medications, fail to result in sustained benefits for most children.

In these studies, behavior therapy alone, at a cost of over $11,000.00 per case, failed to result in any significant reduction in core ADHD symptoms beyond that achieved by subjects who were referred to community care. In follow-up studies, results found that 6 years after intensive parent training, and optimal medication treatment, there was still moderate-to-severe symptom severity and impairment with 89% of the children first treated in preschool still meeting the diagnostic criteria for ADHD regardless of whether or not they were on or off medication during follow-up.

Neurofeedback as an Intervention for ADHD

The foundation of neurofeedback is animal and human research combining operant conditioning and neuroscience. This research has resulted in neurofeedback becoming widely recognized as an evidence-based intervention for ADHD.

Neurofeedback training is a non-invasive technology and provides real-time measurement of changes in brainwave activity. When healthy adult or child trainees are provided with real-time EEG feedback, they can learn to regulate the targeted neuronal electrical activity via operant conditioning with resulting improvements in associated outcome domains.

We now have over 40 years of published research in both animals and humans demonstrating that neurofeedback is effective in teaching subjects to regulate the targeted neuronal electrical activity with resulting improvements in associated behaviors.

How to get started

If you are considering neurofeedback at Heritage Counseling, please do not hesitate to call (214) 363-2345 for more information and set up a free consultation. We would be happy to assist you with any questions you may have!